Red Bull has today confirmed that Toro Rosso driver Pierre Gasly will partner Verstappen at the sister team from 2019. 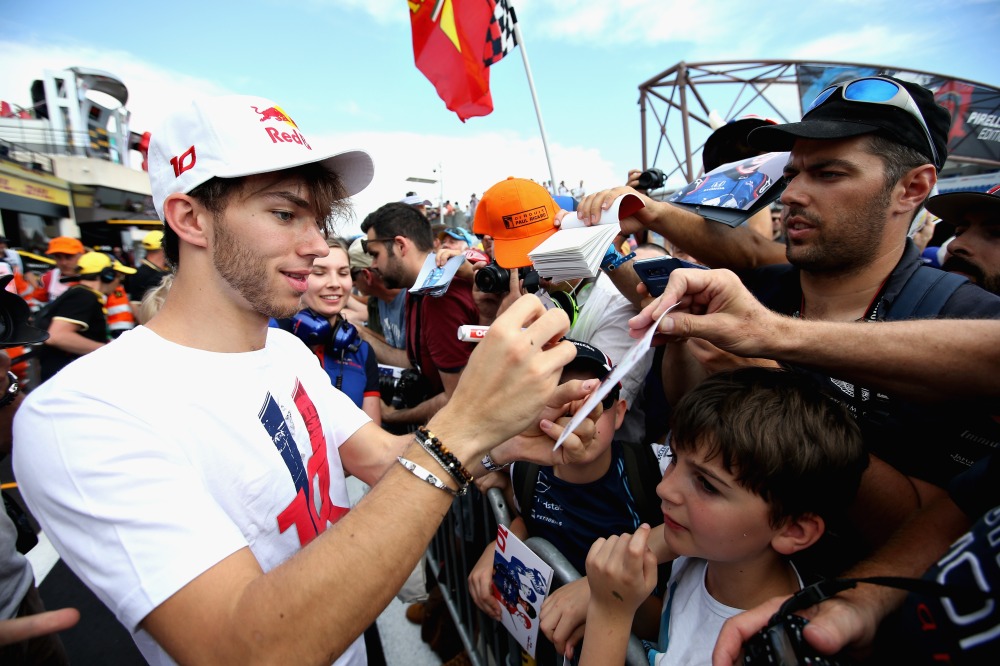 After Daniel Ricciardo’s shock announcement that he is moving to Renault next season it quickly became apparent that either Gasly or Carlos Sainz (currently on loan to Renault) would take over.

But after Mclaren confirmed it had managed to haggle Sainz away from Red Bull and Christian Horner said he wouldn’t want Fernando Alonso in the team, the Frenchman quickly became the front-runner.

“I’m so excited to be joining this top Team. It has been my goal to race for this Team since I joined the Red Bull Junior Driver Programme in 2013, and this incredible opportunity is another step forward in my ambition to win Grands Prix and compete for World Championships.”

Gasly does bring a number of advantages compared to other drivers. He has a much better relationship with Max Verstappen than Carlos Sainz, being a young driver is more likely to be happy with supporting Verstappen until his chance comes and has experience with Honda who Red Bull will partner with from 2019.

This now means that there is an open seat in Toro Rosso with Brendon Hartley likely to keep his drive. And since no one in the Red Bull Junior programme is currently eligible to race in F1 speculation is wild as to who will get it with the likes of Lando Norris, Sergio Perez and former Toro Rosso driver Jean-Éric Vergne believed to be potential candidates.