Valtteri Bottas is set to stay with Mercedes AMG in 2019 after it was announced today that he has signed a one-year extension. 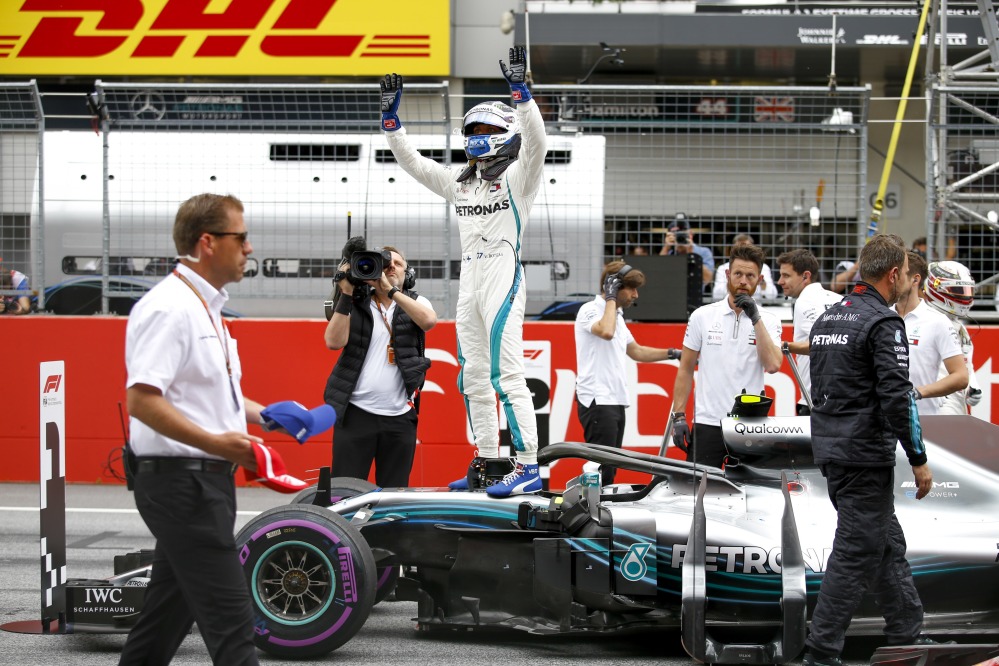 The announcement comes the day after Mercedes confirmed Lewis Hamilton would remain with the team until 2020 and means Mercedes is the first team to confirm it’s line up for next season.

The contract runs until 2019 but includes an option to stay for 2020 which would also put Bottas in the market for the 2021 regulations shake-up, the first part of which was also announced today.

“I love the team spirit, the atmosphere in the team and everyone is pushing so hard for the results. I will keep doing all my best to achieve those results, I will give 100 per cent as always, so I am really pleased to stay with the team. I am very happy.”

It was speculated that Bottas would stay with the German squad despite his recent performances being masked by a lot of bad luck throughout the 2018 season.

“We are very pleased to extend Valtteri’s contract with Mercedes for another season at least,” Said Toto Wolff (Mercedes team principal).

“Valtteri’s performances have been excellent this season and, if not for our mistakes and his misfortune, he could be leading the drivers’ championship at the moment.

“When we took the decision in favour of Valtteri for 2019, it wasn’t just about his undoubted speed and work ethic, but also a question of character.

“His relationship with the team, including Lewis, is open and trusting, without any politics at all.”