We are now at the midpoint of the 2018 season and so silly season will soon kick off but the situation at Ferrari is a bit more interesting this time. 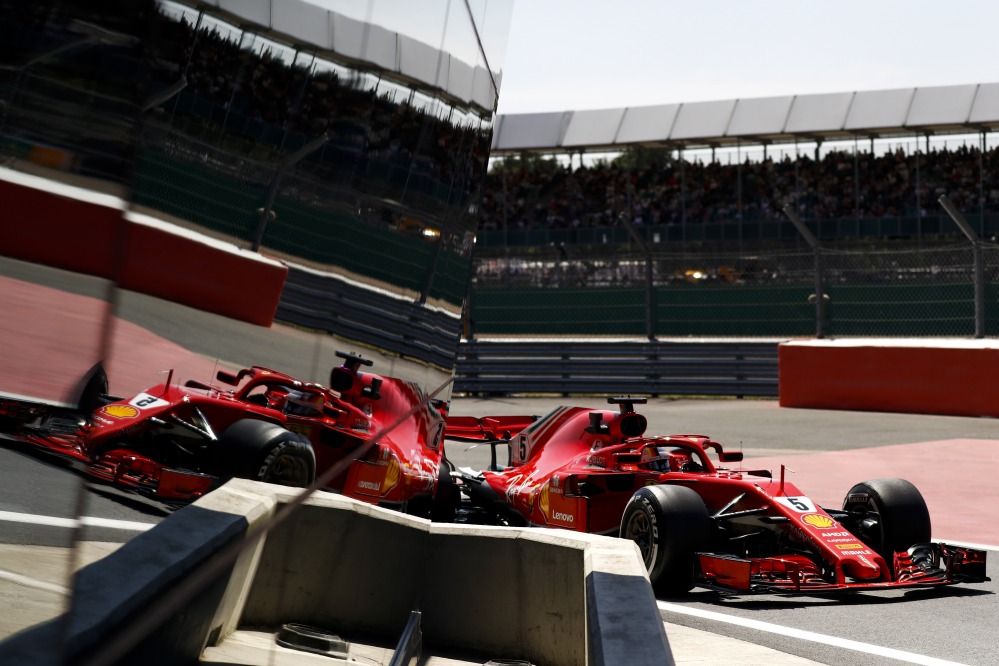 The Italian squad is in an unusual position, there is no doubt that Vettel will remain with the squad as his contract lasts until 2020, but the question surrounds who will partner him.

The obvious answer and the answer they’ve chosen for the past 3-4 seasons is Kimi Raikkonen for two main reasons.

First off Ferrari only ever seem to sign established drivers and Raikkonen certainly is one, even if his form has wavered slightly over the past few years.

Secondly, Ferrari doesn’t want to end up in the scenario Mercedes found themselves in from 2014 to 2016 whereby they had two drivers who were equal title contenders meaning that when things went wrong the tension in the team went into overdrive.

As such, they usually always keep to the number 1 and 2 driver system favouring one driver to fight for the title and using the other as a rear gunner. Think Schumacher and Barrichello (where after dominating the 2002 Austrian Grand Prix Ferrari ordered the latter to let his teammate past on the last lap so he could take the win), Alonso and Massa (remember “Fernando is faster than you”) and even with their current pairing Ferrari seemed to use pitstop strategy to hand Vettel the 2017 Monaco win after Raikkonen started from pole.

And the best thing for Ferrari about Raikkonen is that it’s his personality to seemingly not be bothered with this number two status, granted he never really shows any emotion in any situation, but we never see him run out of press conferences slam a glass on a desk or publicly comfort anyone. He may have his own way of dealing with these situations but as far as Ferrari is concerned he is great for PR.

This point is furthered by the fact that many drivers have been linked with a move to Ferrari such as Grosjean, Sainz, Ricciardo and Perez but they have always kept to their tried and tested formula. Keeping any kind of internal rivalry at bay.

But at the end of the day Kimi is the oldest driver on the grid at 38 and despite good showings, this year is past his prime.

So with the Finns contract up at the end of the year what will Ferrari do.

Well by the look of things Ferrari are set to buck their own trend, of the previous points, since they (although not officially) made Sauber a Ferrari B-team as part of their young driver programme, bringing Alfa Romeo back into the sport.

Initial we believed they would put their two main young drivers at the time, Charles Leclerc and Antonio Giovinazzi, in the team but in the end only Charles got the seat while Ericsson was retained. Giovinazzi was made Ferrari’s third driver in 2017 and did take over from Pascal Wehrlein for two races but hasn’t really been heard from since.

And Leclerc has certainly impressed making Sauber a consistant points scorer for the first time since 2013.

This has made him a very highly rated and highly likely candidate to take over from Raikkonen should he retire.

And I personally think Ferrari would foolish not to promote the Monégasque driver. He’s a fantastic talent, a very cool head who’s good for PR and I believe will be happy to drive alongside Vettel will he continues to learn the ropes until it comes his time to take the lead role.

Now, of course, Vettel will have some say in this decision, as Hamilton does at Mercedes, and I’ve no doubt that he would want to keep Raikkonen but in the end, Ferrari will decide what’s best from them.

So what do you think the future of Ferrari holds?