There seems to be a bit of problem going on this year with regards to pitstops so what’s going on and what can be done about it. 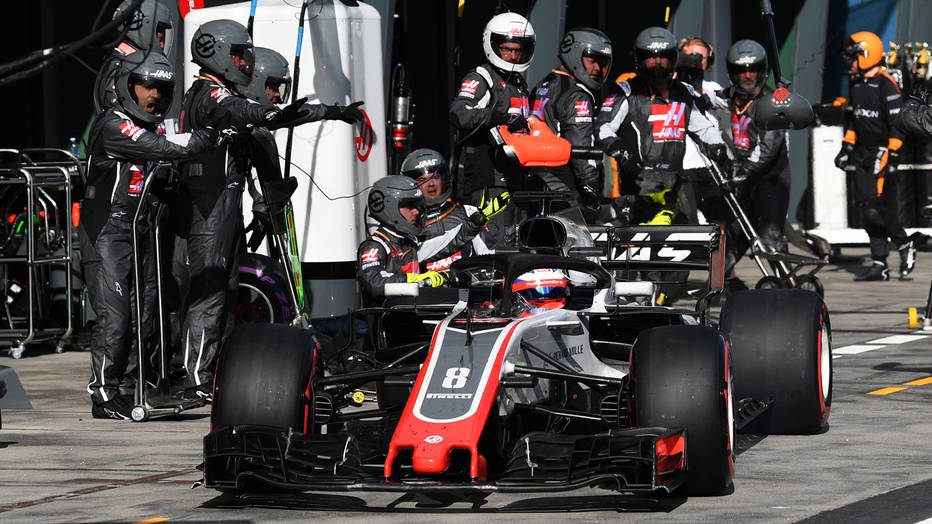 In the F1 pitstop has become way faster and more complex going from an average of around 4 seconds to 2 seconds in a few years.  They have also become a lot more automated with the removal of the lollipop man in place of traffic lights which are activated by switches and sensors all over the guns and wheels.

Williams seemed to be the masters of this new style of stop in 2015/16 by becoming the first team to achieve a sub-2 second pitstop.

However, only two races into 2018 and we have seen 5 incidents were a car has been released in an unsafe condition or too early. And the total amount of fines that have been handed out for unsafe releases is now at 70,000 Euros.

So what is happening? Well first let’s look at the incidents.

In most cases, the problem has been the car being released with a wheel that is not securely attached. This was the case with Both Haas cars in Australia where the wheel nut had been cross threaded meaning the nut was tight and but the wheel itself wasn’t fixed on properly.

With Raikkonen in Bahrain practice his tyre just hadn’t been tightened properly and that same with Vandoorne in FP2 at China. 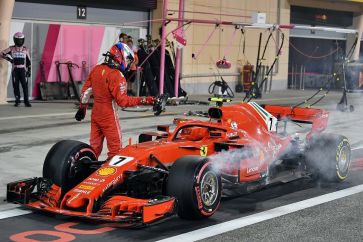 Whereas with Raikkonen’s second incident (seen left) the tyre in question hadn’t even come off yet and it still was given the green light to go causing the removal mechanic to get run over and a double leg fracture. It has since been revealed that the green light was given because a sensor, which measures wheel gun activity, registered the gun turning twice and assumed this was a completed tyre change when it was actually the mechanic re-trying to remove the wheel.

In all incidents, the drivers simply did what the were supposed to and went on the green light, despite there still being problems.

So what can be done to combat these issues?

Well, there are many suggestions doing the rounds. The first of which is to bring back the lollipop man who dictates when the car leaves the pit box as this would make it less automated. But this wouldn’t make sense for a couple of reasons.

Firstly there still a lollipop man to some extent, if you look at an F1 pitstop you’ll notice a mechanic standing almost idle at the front holding a switch connected to the light gantry. He is there to do the same job as the lollipop man and can overwrite the green light if he sees an issue. There is also a second mechanic with a second switch watching to see if any cars are coming which could cause a crash.

Secondly simply putting the lollipop man back in won’t guarantee the issue will go away because like the mechanic that is currently there, there is still a chance he won’t see everything and may miss that a wheel hasn’t been changed or whatever else.

As a side note, the front mechanic does look out for hand signals from the guys working on the car to indicate a problem but usually by the time this happens everyone is out the way and the car is halfway down the pitlane anyway.

Another idea is to have someone watching from above who can again overwrite the green light. Here he would have a much better view of the pitstop and be more likely to see a problem.

But I would doubt if any team didn’t already have this to some extent give how much preparation goes into the 2 seconds of a pitstop and he again could still miss something.

The third option I’ve seen is to have a mandatory pitstop time to make sure everything is in place before releasing the car.

This would certainly negate or at least reduce the risk of unsafe releases but has a major flaw, and it’s one that only really applies to fans of the sport which is that quicker pitstops make for more exciting racing and pitstops going wrong (so long as no one is hurt obviously) can enhance the excitement and mix things up.

All good ideas probably not worth it for the small benefit they would bring.

But the main point is that we don’t need another knee-jerk reaction like we saw with the halo introduction.

Of course, you have to accept that any resolution won’t be perfect and perhaps the best idea is just to accept that there are risks involved in motor racing even when the car is stationary.

I like Niki Lauda’s line from the film ‘RUSH’

And while I certainly don’t anyone should be allowed to die or get seriously injured, the fact is they accept the risks because they love what they do. And sometimes accidents and mistakes happen.

So what do you think should be done, if anything?