After Riccisrdobroke Catalunya’s unofficial lap record yesterday Vettel today smashed it yet again to take the top spot on the penultimate day of winter testing. 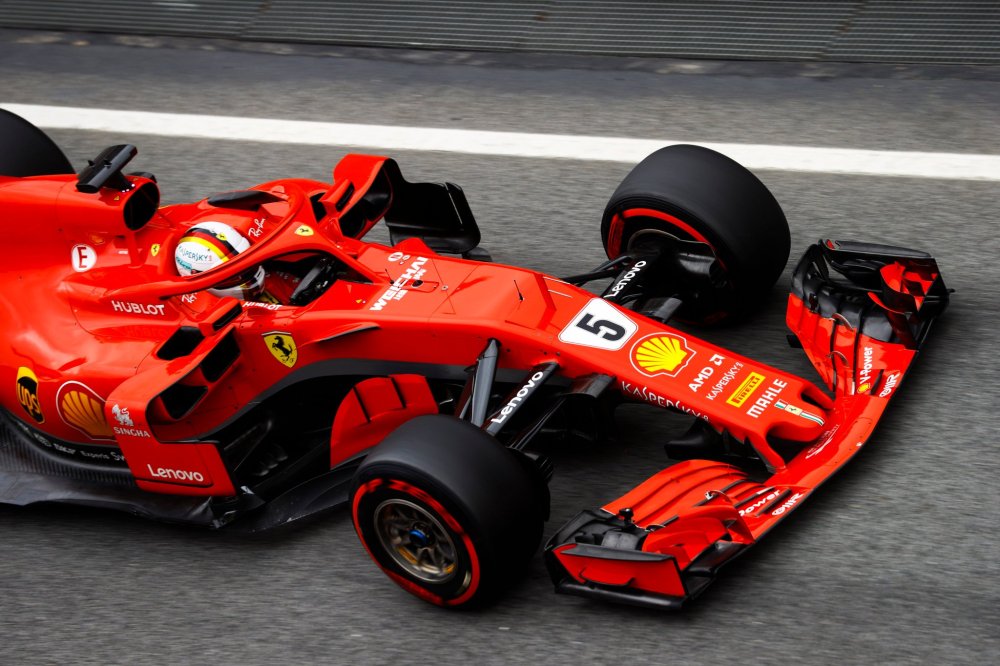 Hulkenberg had set the early pace in the morning session but Vettel soon came out in the hypersofts to take to top spot with 1:17.953. After a few more fats laps he managed to get that down to a 1:17.182 which held until the end of the day.

Gasly managed to take his Toro Rosso to fourth in the morning session with a set of hypersoft tyres. And while he did go second as the checkered flag fell but this was revoked as he had cut the final chicane.

Bottas completed the most laps in the morning, 97, compared to Vandoorne who spent two hours in the garage and could only manage 48 before the lunch break.

Marcus Ericsson did well to put his Sauber ahead of the Mercedes of Bottas who ended the morning sixth.

As was the case on Wednesday most focussed on long runs in the afternoon session.

Magnussen, however, did take a set of supersofts to second in the timesheets ahead of Galsy, Hulkenberg and Sianz.

Vandoorne got back out in the afternoon and took his Mclaren to sixth with 69 laps completed.

Ericsson caused the days only red flag with a spin at turn 4 but remained ahead of both Mercedes drivers with 148, 84 & 97 laps completed respectively.

Verstappen likewise focussed on race sims and so landed second slowest time, beating only Stroll in the Williams. He did, however, score the second highest laps count with 187.

6 drivers managed to complete over 150 laps making up for lost track time from week one.