Ricciardo set a track record for the Barcelona circuit to top the timesheets while Mclaren hit problems again. 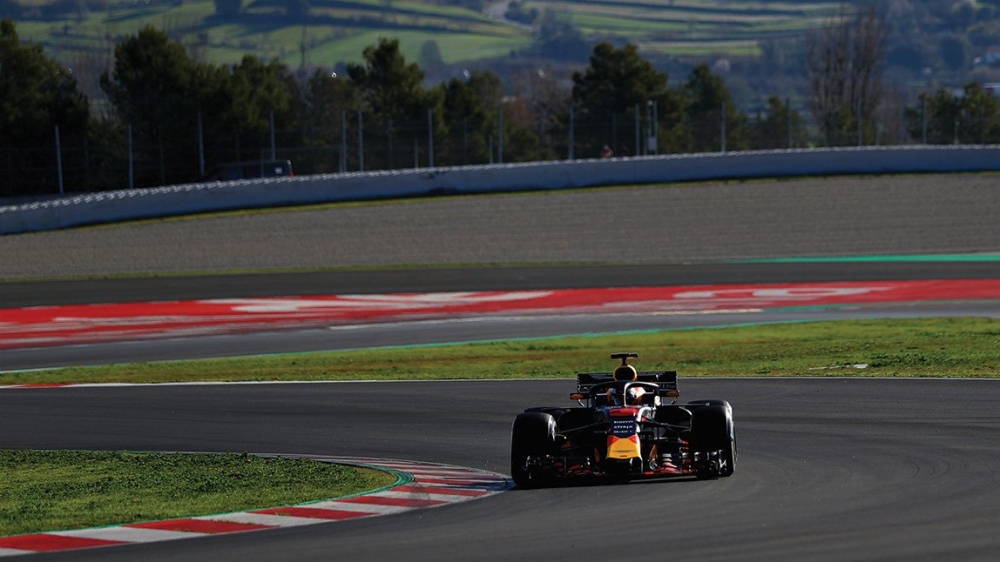 The 1:18.047 smashed Massa’s 2008 record for the fastest lap at the current configuration of the Catalunya track. And was set just after 1pm local time.

It was the first time a Red Bull or Mercedes had used the new pink hypersoft tyre with Hamilton going just 3 tenths slower than the Australian in the morning session when most were completing flying laps.

But the star of the show was Alonso with Mclaren seeming to have gone back to their old ways. After Vandoorne was stopped three times yesterday due to engine problems Alonso continued the run coming to a halt at the entry to turn 7.

He had already completed more laps than Vandoorne did yesterday and set the early pace ending the morning fourth fastest.

Vettel took over Ferrari’s running on Wednesday due to Raikkonen falling ill. He was third in the morning session.

The afternoon session saw most focus on race runs rather than fast laps.

This allowed Ricciardo’s morning record to remain the benchmark.

Despite illness, Raikkonen returned to car SF71H in the afternoon but could only add 49 laps to Vettel’s 66 and ended the day eighth fastest.

Toro Rosso’s Brendon Hartley was best of the rest in fifth with a time 0f 1:19.776 and 119 laps to his name. After his morning breakdown, Alonso was stuck in the garage for six hours while his engine was changed. He did, however, manage to get back out for 15 minutes allowing him to add 9 laps to his tally for the day.

Sainz followed with Grosjean, Raikkonen and Stroll splitting him from his teammate Hulkenberg.

Leclerc completed the second most laps with 160 to his name but could only manage thirteenth on the timesheets.