Lewis Hamilton put Mercedes on top on the final day of the first test while the Honda engined Toro Rosso once again completed the most laps. 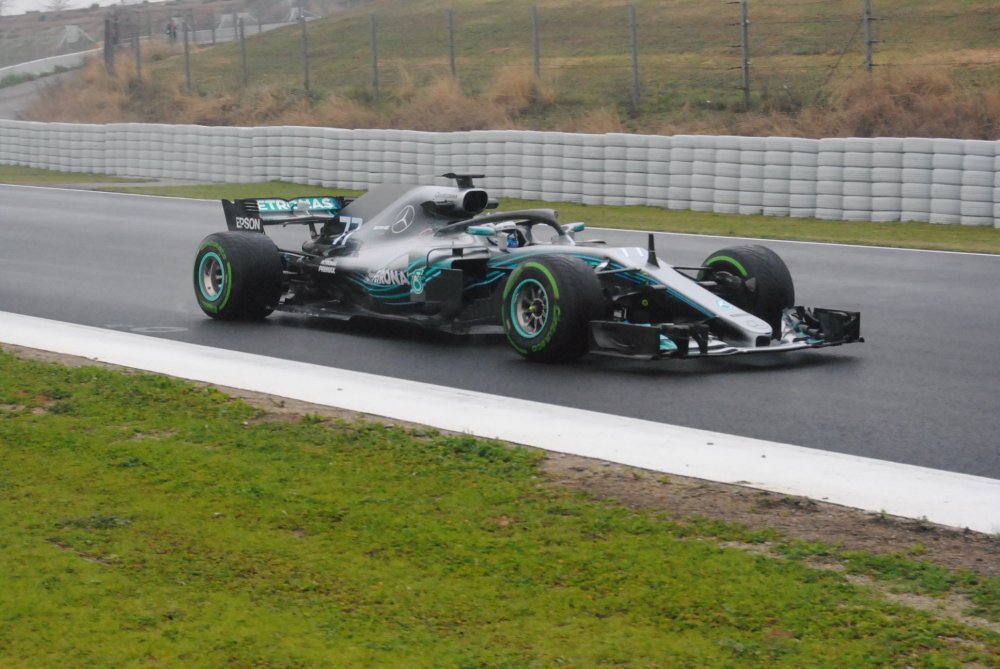 The morning session was topped by the Renault of Hulkenberg with a 1:22.507 having completed 47 laps.

It was a much more productive morning all round despite there still being rain and slippery conditions on track. Vandoorne was setting the early pace on the full wets and by midday, it had dried up enough for the intermediates to make an appearance.

Bottas was first out in slicks no long after, taking a set of mediums to a 1:24.722 and followed that up with a 2-second improvement. Hulkenberg then improved to take the top spot with a 1:22.507.

Ericsson brought put the only red flag after spinning at turn 2 only after going third fastest with a 1:25.683 followed by Gasly, Verstappen and Vandroonewho completed the most morning laps at 72.

Force India’s Sergio Perez got his first go in a 2018 F1 car completing 11 laps in the morning session but without setting a competitive time.

In the afternoon Hamilton went fastest but the lap revoked since he had cut the final chicane, however, he soon put it back on top to take Vandoorne off the lead.

Vandoorne managed to maintain second and after completing 110 laps he handed the car over to Alonso who completed a further 51 laps and landed the fifth fastest time just over a second slower than Vandoorne.

Despite the wet start temperatures got up to the mid-teens (C), compared to the near 0 conditions the teams faced yesterday. As such all 15 drivers completed a good amount of laps with Gasly taking the most with 147, perhaps showing Honda has sorted the reliability issues that have plagued them since their return to F1 in 2015.

Verstappen had a trip to the gravel trap, bringing out the red flags, after 35 laps and having set the ninth fastest time he called it a day.

The Haas of Magnussen made it to the top four while Sirotkin was the slowest having been the only driver not to set a time on dry tyres.