Valtteri Bottas has taken pole position for the Brazilian Grand Prix as Lewis Hamilton crashed out before even setting a time. 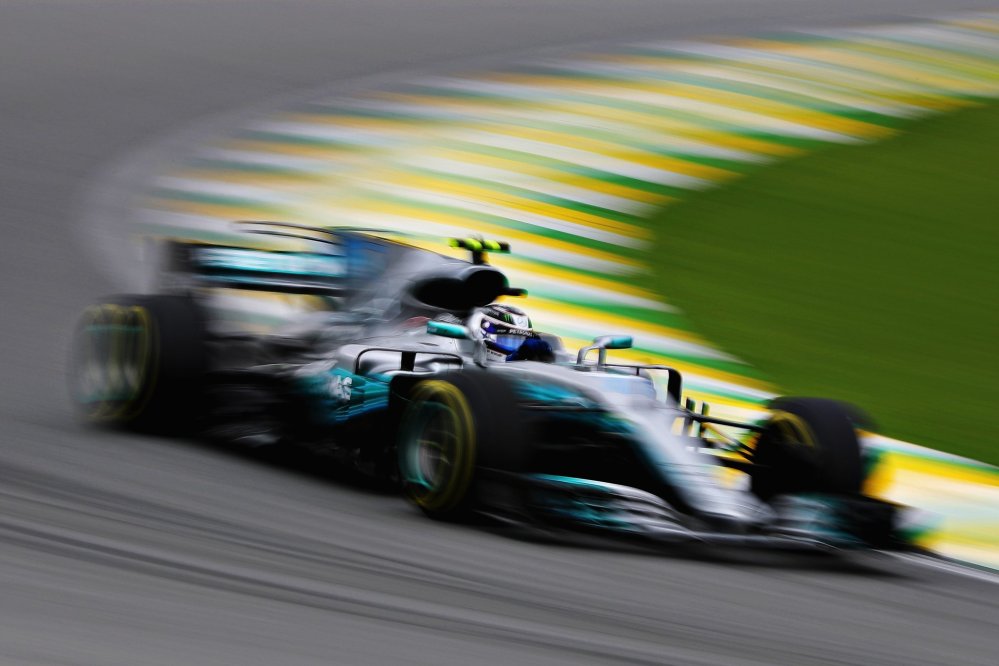 The session began in dramatic style as world champion Lewis Hamilton spun into the wall and caused a red flag.

this gave Williams a chance to get Lance Stroll’s car ready and get him out for Q1.

At the midway point, Vettel was on top with a 1:09.796, whereas Verstappen, now second, was complaining of problems with the car but nothing major.

After looking to be fairly flimsy all weekend Grosjean’s T-wing then broke with just the right side remaining, although he was safe in 8th place.

At the checkered flag, home hero Massa put in a brilliant lap to go 4th whereas teammate Stroll could only manage 18th. 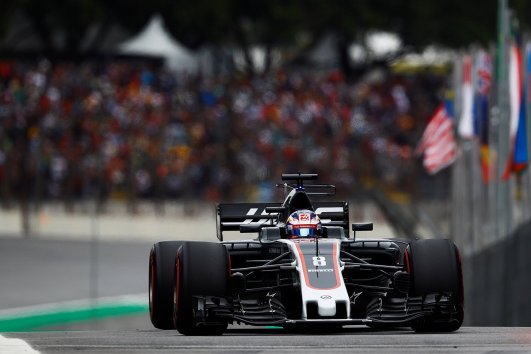 Q2 then got underway and with rain beginning to form and Hamilton unusually out we looked set for a good session.

Bottas set the early pace with a 1:08.01 as Vettel and Ricciardo followed.

Massa went 5th on his initial lap while Verstappen stopped in the pitlane with replays later showing he had passed Alonso on the pit entry and appeared to the stall before mechanics came to his aid.

It was Bottas who then took the top spot one tenth faster than Vettel.

Alonso went 6th with 2 minutes to go as Sainz just made into the top 10. Bottas meanwhile improved his time and Verstappen moved into 3rd. 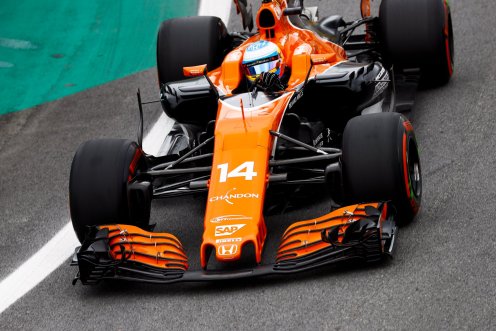 Q3 then got underway and with Hamilton out, the pole fight was most definitely on.

And it was Hamilton’s teammate Bottas who wnent fastest with a 1:08.442.

Poled then went to Vettel by hundereths of a seconf to Bottas.

Massa had a big slide out of turn 6/7, simillar to how Hamilton went off but he saved it before abandoning the lap.

Rain then began to fall as the cars made their way back on track for the pole shootout.

Vettel failed to improve  while Verstappen and Raikkonen in proevd but not enougth to move.

But it was Bottas who came across the line to tke his 3rd career pole.

Massa however, could only manage 10th but will move up with Ricciardo’s penaly. 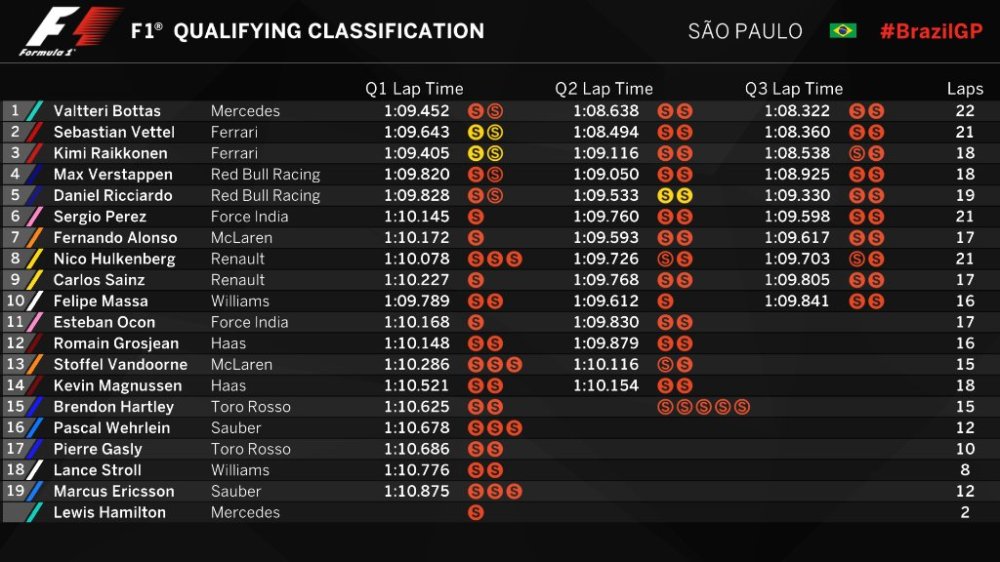