Max Verstappen has taken his second Grand Prix win in Malaysia as Sebastian Vettel clawed his way back up the grid to win back vital championship points. 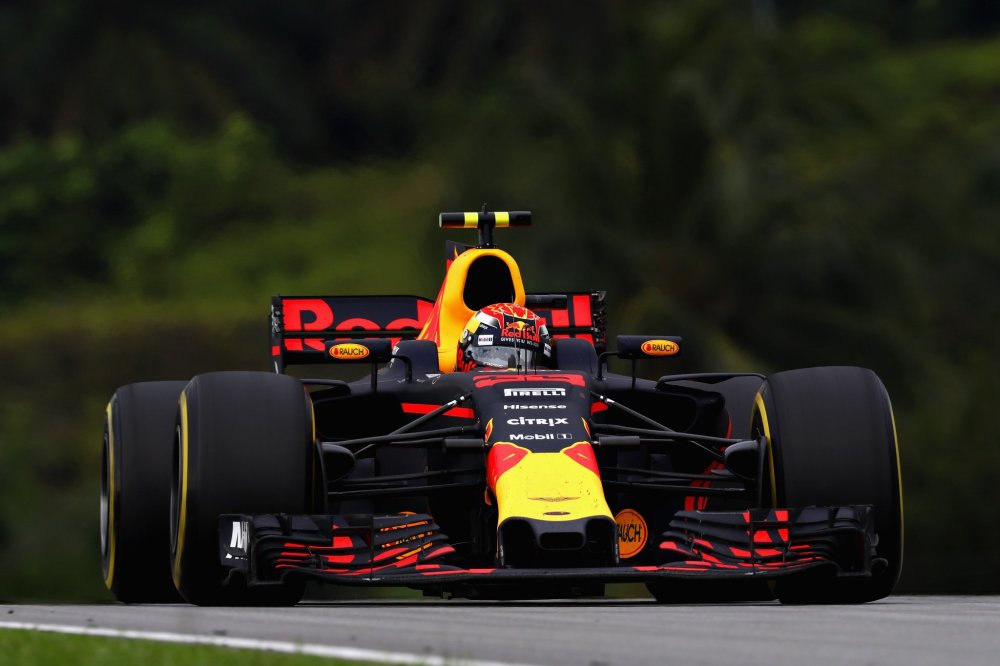 Before the race even began there was drama at Ferrari as Raikkonen missed the formation lap, while his car sat in the garage, engine cover off. And as such he failed to start.

Off the line, Hamiton got the best start as Bottas got up into 3rd.

Alonso made a diving move up the inside of Perez at turn 4. Teammate Vandoorne meanwhile had made his way up to 5th.

Vettel meanwhile was trying everything to get up the order, locking up and nearly hitting Palmer. He made the move at turn 15 around the outside as the other Renault went over the grass.

On lap 4 Verstappen overtook Hamilton around turn one and two to take the lead of the race, while Ricciardo got ever closer to Bottas.

Hamilton tried to make the same move on Verstappen a lap later but couldn’t get close enough.

Alonso now in P10 and being chased by Vettel was battling with Magnussen for 9th somehow managing to keep up with the Ferrari powered Haas.

After his off earlier on Hulkenberg came on the radio complaining of an uncomfortable front axle on lap 9.

On lap 9 Ricciardo and Bottas went wheel to wheel through turn 1,2,3 and 4 with the former winning out and taking a podium position.

Vettel kept his charge up the field overtaking Alonso and Magnussen for 9th. 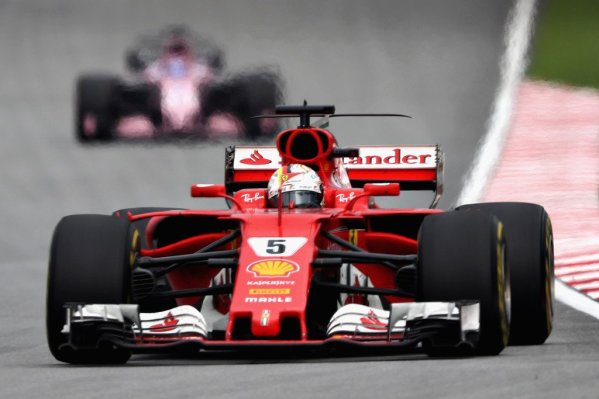 At the same time, Hulkenberg came in for a change of tyres onto the softs.

By lap 12 Verstappen had managed to pull out a 5-second lead on Hamilton.

Lap 13 and Gasly came in for his first ever F1 pit stop for the soft tyres.

The Williams, on the other hand, were battle closely after Stroll made his stop and came out right next to Massa.

On lap 20 Vettel tried a little too hard to overtake Perez as he locked up in the final corner and lost time and speed on the straight. He didn’t do that again and got past the Force India at turn one lap 21.

After 23 laps on the supersofts and ow 9 seconds behind Verstappen, Hamilton’s tyres seemed to be graining with a visible black strip on the right rear.

On lap 25 yellow flags waved in sector one after Ocon spun at the first corner as Sainz tried to overtake down the inside, clipping the Force India’s rear end.

Vettel tried to get it down the inside of Bottas at turn 4 but the Finn just had the edge.

Meanwhile, Hamilton pitted from his old super soft and was able to come out in front of Bottas and Vettel.

Vettel made his first pit stop on lap 28 but switched onto the supersofts compared to Hamilton’s softs.

At Red Bull, however, Verstappen had also pitted allowing Ricciardo to take the lead making it a Red Bull 1-2.

Ricciardo then pitted allowing Verstappen and Hamilton to retake 1st and 2nd.

Toro Rosso ‘s Carlos Sainz, however, start to complain of a loss of power and pitted to retire the car.

With the faster super-soft tyres on board, Vettel was charging towards Hamilton, taking nearly a second out of him per lap.

Alonso made a barging move on Magnussen, tapping wheels with the Dane a turn 2 and sending both of them wide.

Ricciardo’s car wasn’t looking in the best of health as a piece of bodywork was hanging underneath and scraping across the track.

Palmer went for a spin at turn 14 and again a turn 1 as he battled with Magnussen, almost hitting the rear of Verstappen who has just lapped them.

With 9 laps to go Vettel was within a few seconds of Ricciardo and a podium, but he lost time as Alonso took his time in allow Vettel to lap him.

Vettel tried it down the inside of turn 1 but Ricciardo just managed to close the door and stay in front.

And that seemed to be it as Vettel dropped back to save his tyres.

Magnussen had late off on lap 5 but was able to get back on the track with little damage.

Gasly meanwhile was battling with Grosjean and nearly made it around the outside but the latter managed to keep him behind.

But on his 20th birthday weekend, it was Max Verstappen who came across the line to take a dominant 2nd career win.

But it was a dramatic end to the race for Vettel as Stroll crashed into the German leaving him with a wheel over the top of the car. However, Wehrlein pulled up and gave Vettel a lift back to the pits.