Fernando Alonso is set to take a 35 place penalty in Monza after Mclaren fitted a new power unit to his car for FP1. 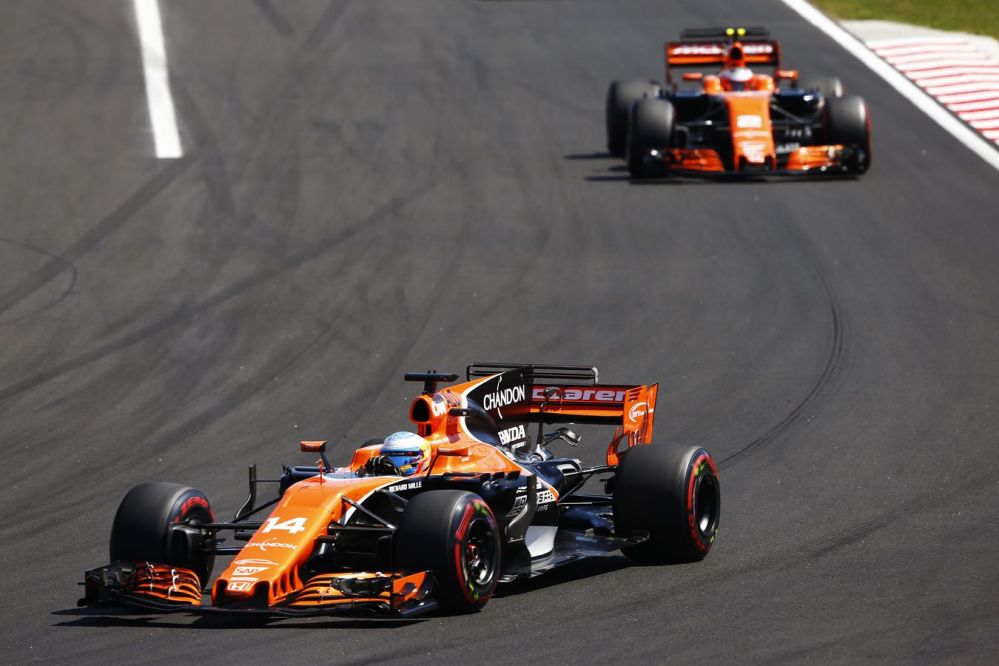 The power unit will only be used in FP1 so they can save mileage on it and take the penalties in Monza rather than Singapore where they expect a good result.

It consists of his ninth turbo and MGU-H, seventh ICE and MGU-K, sixth energy store and fifth control electronics.

That adds up to a 35 place penalty for the Spaniard.

The so called “Spec 3.7” engine will be changed back from FP2 onwards.

The Red Bull boys are in the same boat as Alonso in taking penalties at Monza instead of Singapore.

Ricciardo will take on his sixth MGU-H and fifth ICE and turbo.

Verstappen will take his fifth ICE and MGU-H, the first time he has gone over the limit for any element, he will also have his fourth turbo.

Sainz meanwhile will take his fifth MGU-H, as this is his first time going over the limit he will get a 10 place penalty.