Force India teammates Esteban Ocon and Sergio Perez will no longer be free to race after clashing twice at the Belgium Grand Prix. 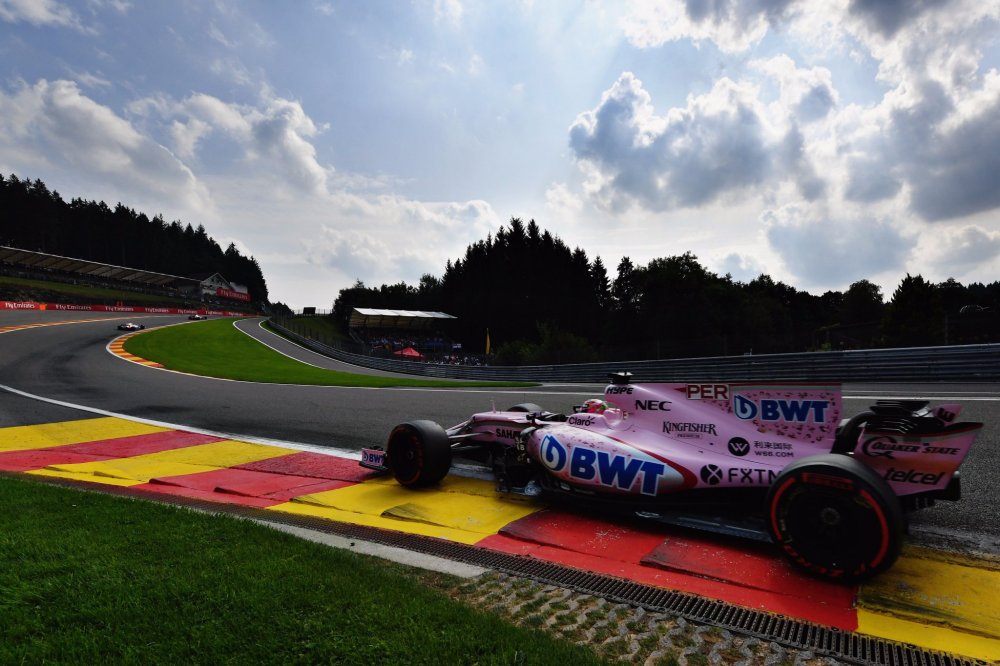 The pair came together on the opening lap of the race when Perez forced Ocon into the wall in the run down to Eau Rouge no damage was suffered.

They then had an almost identical clash at the same place later on when Ocon tried to go up inside of Perez and was again forced into the wall.

This time, however, the consequences were much worse as Ocon lost half his front wing and Perez got a right-rear puncture. Ocon recovered to finish in 9th but Perez was forced to retire with 2 laps to go.

This is not the first time the two have had a coming together.

They hit each other in Baku which led to Perez retiring and Ocon dropping out of the points.

Despite that incident, Otmar Szafnauer (chief operating officer at Force India) said they would still be free to race each other so long as they could keep it clean.

Speaking to Sky Sports F1 during the race he said:

“I only saw what you saw, but it looked like Sergio squeezed Esteban into the wall and came out the loser of that scrap,”

“In the future, they’ll never have that opportunity again. We’ve let them race up until now. If they can’t do it in a manner which is good for the team, then they won’t be racing anymore.

“They shouldn’t be coming together. We’ve given them the latitude to race and I’ve always said that.

“If we stay fourth it will cost us nothing, but it’s definitely cost us points.”

When he was asked about the effect such a change would have on fan excitement he said:

“For sure, which is why we let them race. But once it gets to the point of safety margins and crashing into each other we’ve got to take it into our own hands.”

Ocon has since said that he believed Perez put both their lives at risk by closing the door on the run to Eau Rouge.

“Risking our lives for nothing. He risked my life in there, at 300km/h down to Eau Rouge,” he told Channel 4. “That’s the first thing, the second thing is we lost a lot of points.

“He’s supposed to be a professional driver, today he didn’t show it. He has not done that with any other teammates, I don’t know why he’s doing it with me.

“I’m going to go and speak to him man to man and tell him the truth. He’s going to have a child. I don’t know if he wants to die or something. It’s just ridiculous.”

Regarding whether he thought Perez knew he was there in the second incident he said: “Of course he knew. I accept the first one. We were three-wide, maybe he didn’t see me – even if I think he saw me.”

On the other hand, Perez believed Ocon was being too optimistic and should have tried to overtake until the Kemmel Straight.

“I knew he was there but I also knew there was no more space to go, so I just protected my line,” said Perez. “I thought he was obviously going to make the manoeuvre after Eau Rouge.

“He probably feels I did it on purpose, probably that’s why on the second one he came into contact,”

“The first one was totally my fault, I didn’t see him. I apologise for that one. The second one, he was too optimistic and there was no need to touch there.”

Perez did admit their relationship had been tense since Baku when they clashed the for the first time.

“We have to look back, remember Baku,” he added. “There he put me in the wall.

“I’m not saying I did it because of that but tension started back then. It’s the first time I’ve had this in my career and hopefully, we can sort it out and start scoring good points for the team.”

One thought on “Ocon and Perez no longer free to race”