Sebastian Vettel has taken pole position for the Hungarian Grand Prix as Ferrari lock out the front row. 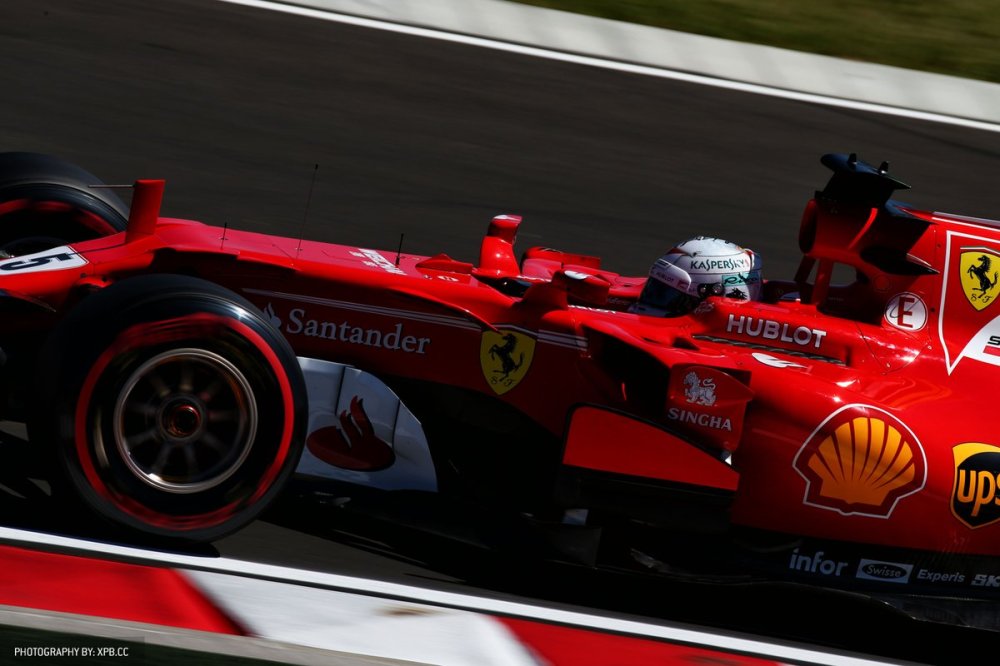 After withdrawing from the weekend Paul di Resta stood in for Felipe Massa. And he did a pretty good job, after not having driven an F1 car for 4 years he was only 2 tenths off 19th place initially.

He then managed to take 19th only 7 tenths off Lance Stroll.

He came ahead of Marcus Ericsson. Stroll and Wehrlein were 17th and 18th.

Just missing out on Q2 was Kevin Magnussen. Perez set the exact same time but did it earlier so got the place.

A late off for Daniil Kvyat brought out the yellows in sector 2 and caused Perez to abandon his last lap when The Russian tried to rejoin the track.

The surprise of the session was the Force India’s as neither managed to get into Q3.

After being told he must start to perform Jolyon Palmer missed out on a Q3 slot by 1 tenth, 8 tenths off team mate Nico Hulkenberg.

In Q3 lap records came thick and fast. Bottas, Raikkonen, Vettel all getting under the 1:17 beating Hamiltons Q2 record.

Both the Mclaren’s also did well to get into Q3 and then place 8th and 9th.

On his final lap, Hamilton made a few mistakes and was a tenth down in sector 2 failing to even beat his Q2 time and going 3rd. Bottas was next and up on Hamilton in Sector 2 but he couldn’t match Vettel’s provisional pole.

Finally, Raikkonen came through and made it a Ferrari 1-2, something no one expected.

Hulkenberg also managed to get his Renault up to 7th (although he does have a grid penalty) behind the Red Bulls with Sainz rounding out the top 10.