Toro Rosso driver Daniil Kvyat has been penalised of impeding Lance Stroll in Q1 and is now very close to a race ban. 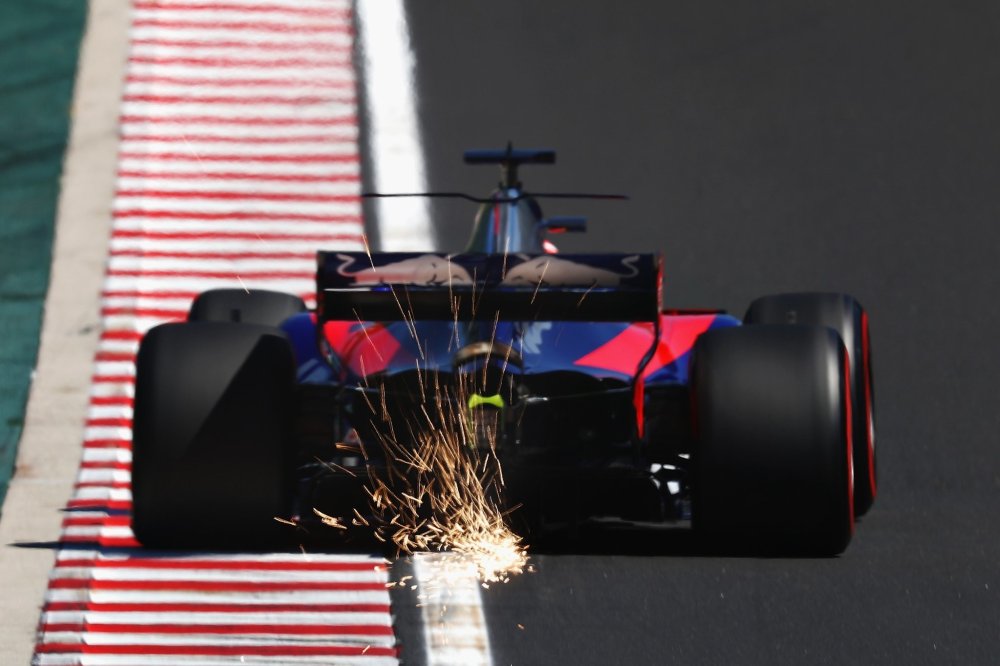 The incident happened at turn 11 as Stroll was forced to go around Kvyat who was trying to get out of the way.

Kvyat claims whoever that his team left it too late to inform him of the oncoming Williams, “Come on, guys, so late.” he said over the radio.

However, the FIA deemed Kvyat did not do enough to avoid Stroll, as such he has been handed a 3 place grid penalty for tomorrow’s race and 1 penalty point on his licence.

That point takes him up to 10 in the last 12 months, he is therefore 2 points away from a race ban.

“I have to accept their decision,” Kvyat said. “Unfortunately we had a miscommunication with the team, the team didn’t tell me anyone was coming.

“Unfortunately it happens. I was asked to bring the car in slowly because of vibrations. The speed was so different and when I saw him, I went on the grass but for them [the stewards] it was not enough even that.

“I think they like to make an example out of me.”

When asked if he felt he was being targeted by officials he said: “I don’t care anymore”.

The steward’s statement regarding the matter read:

“The stewards determined that Kvyat was on an exceptionally slow lap having spun earlier and damaged his tyres. The stewards acknowledged that he was warned by the team very late of the approach of Stroll who was on a fast lap.

“Further, Kvyat pulled as far to the right as he could as soon as he saw Stroll. However, the stewards considered that these were not mitigating factors.

“Kvyat was driving exceptionally slowly and taking the racing line at the end of Q1 when other drivers were attempting to set fast laps and this led to the unnecessary impeding.”