The Supersoft tyre has been revealed as the tyre of choice for next week’s Hungarian GP, with many teams opting for as much as 10 sets.

The selection see’s the Mclaren, Force India, Renault and Williams drivers as well as the Red Bull of Verstappen all take 10 sets of supersofts, 2 softs and 1 medium.

While all else but the Haas drivers take one less of the Supersoft.

All drivers, however, have only taken 1 set of mediums with the current low degradation tyres being able to go faster for longer. 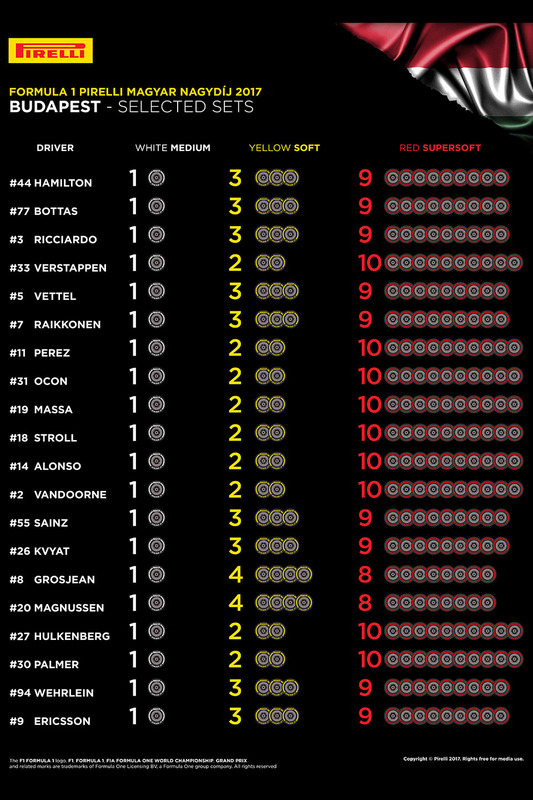