Mclaren’s executive director Zac Browns claims F1 is in a tricky situation over what to do with cockpit protection systems. 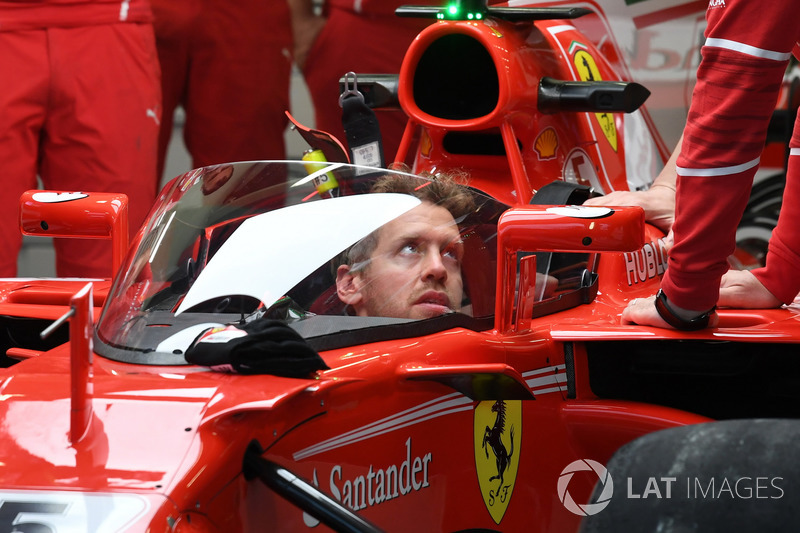 The newly revealed safety shield is so far the favourite to be introduced in 2018, with the FIA saying if not the shield then the controversial Halo will be used instead.

However, when Vettel tested the shield for the first time in FP1 at the British GP he had to call it off after one lap complaining it had made him dizzy.

And with the Halo being panned by drivers, teams and fans there is uncertainty as to what will happen.

“I think it is a tricky one,” said Brown. “Does everyone want more safety? Yes. Do people want something that doesn’t look right? No. But what you have got to do is make sure it works.

“I am not surprised that this screen that is quite curved doesn’t look right – I don’t know what he saw, but he said he got dizzy. You don’t want any distortion. You want it to look like there is no window in front of you, so I don’t know want they do.

“We have to land on something that works. ‘Dizzy’ is not a good place to be after one lap.”

Red Bull boss Christian Horner is also sceptical about the introduction of protection devices next year.

“Based on the comments I have read from Sebastian, it didn’t sound to be too popular,” he Horner.

“So it feels immature in its concept at the moment to introduce for next year, so I am sure it will be discussed at the Strategy Group.”

Regarding how soon the teams need to know what would be used he said:

“About two months ago.

“These things take a bit of time to get on top of for a big team like Red Bull Racing, so I can only imagine the difficulty that it will take for a lesser equipped team.”