Ferrari has revealed the new shield protection system for the first time at the Silverstone ahead of the British Grand Prix. 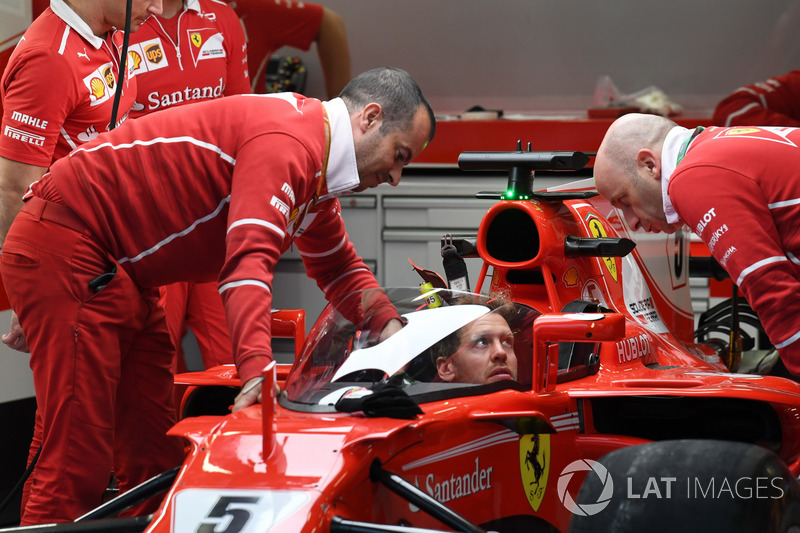 The device, which is planned to be introduced next year, will be tested by Sebastian Vettel in first practice on Friday.

He is expected to do a few laps before it is removed so he can conduct preparations for the race.

“I have seen it on the computer.” said Vettel, before the device was fitted.

“I haven’t seen it in real life, I’ll check it out later on. Then obviously it depends on how it feels tomorrow.”

Image from Motorsport.com, by Sutton Images.

One thought on “Protection shield revealed for the first time”