Formula 1 is to hold a demo event in London on Wednesday was pre-curser to the upcoming Grand Prix. 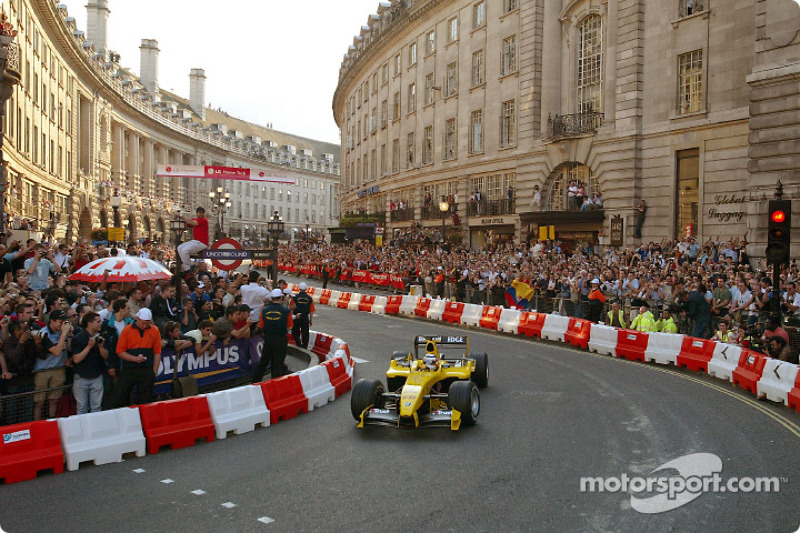 The event, to be held in Whitehall and is entitled ‘F1 live Lonodon’.

The project has been in the works for months, involving several discussions with Liberty Media, Westminster City Council and City Hall, although it wasn’t announced for safety and security reasons.

Taking place a 5:30 on Wednesday evening the event will involve cars and drivers driving around the closed London streets.

There will also be an education showcase in Trafalgar Square as well as representatives from the ‘Formula Student’ initiative, wich takes place the week after the Grand Prix.

For the younger kids, there will be activities such as pit stop challenges, slot-car races and opportunities to design their own cars.

Teams will display cars from different eras, with music and entertainment to boot.

This is the first major change since Liberty Media took over the sport as part of their push to make Formula 1 more widespread and appealing to new fans. And is the first London demo event since 2004 (pictured) when 8 teams took their cars around Regent Street and Piccadilly Circus.